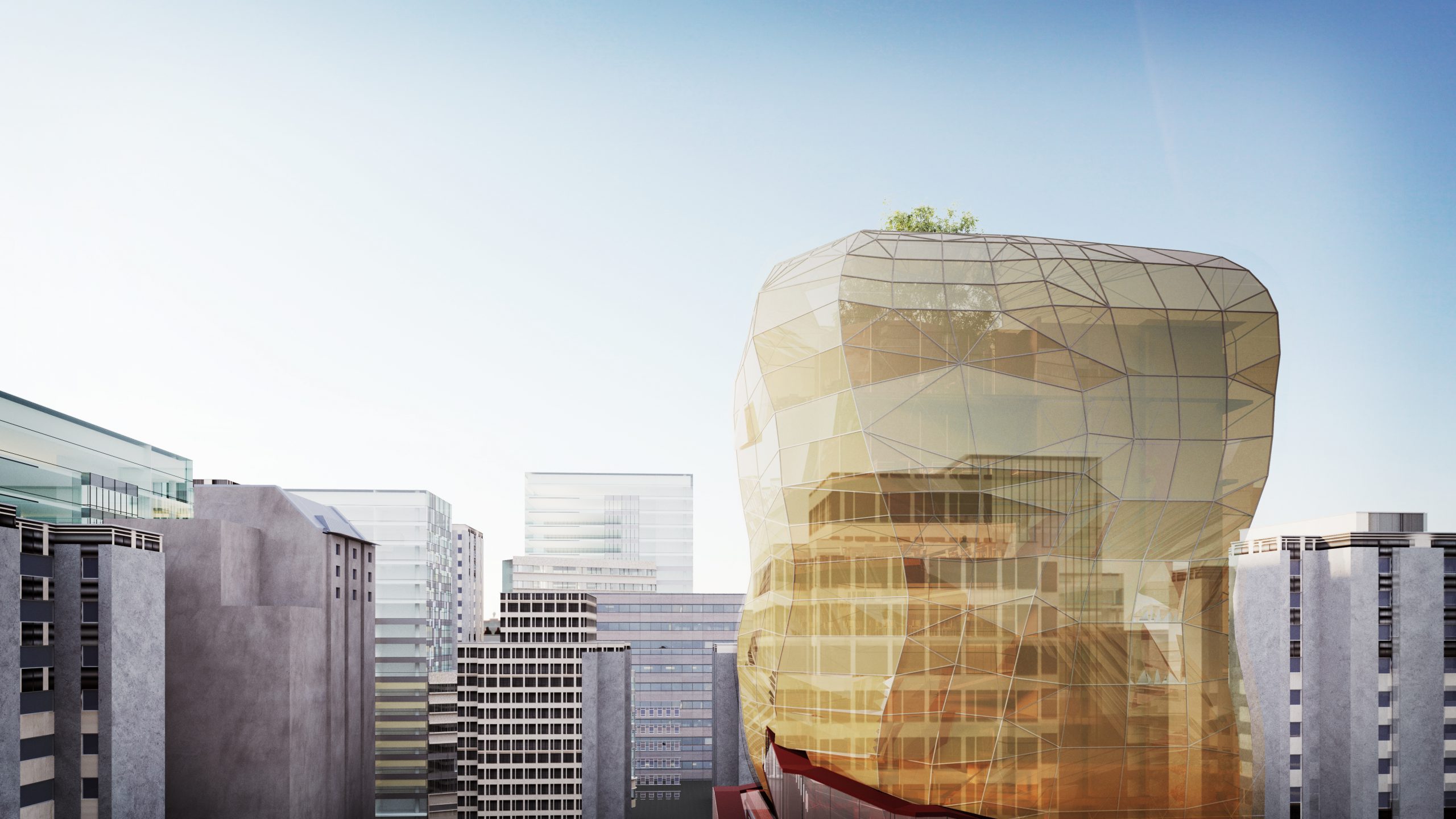 Beginning in 2016, K2LD undertook a design exercise for the Chinese Australian Museum that combined thinking around both the constraints of their current site, combined with the fundamental needs of the museums audience. We found inspiration for the proposal in the prerequisite for a museum to connect and transport a large number of people through the building at any given time. To achieve this functional requirement, a metaphoric solution was sought in the mythological dragon – a creature that possesses both a great connection to China and its heritage as well as and being influential in the journey of Chinese Australian community. The Chinese Australian migrant’s story evokes a rich sense of history – moving to a new land and creating a new life in a new community. This sense of evolution and journey was an experience we wanted the patron of the museum to experience first hand. The connection between the spaces within the museum, though stacked on top of each other, represent the evolving journey of this migration. A journey that began in the early gold rush era and has flourished through to 2nd, and now 3rd generation Australians of Chinese heritage. Here, our symbolic analogy of the dragon comes to life as a physical pathway toward an aspirational destination, or the ‘Pearl of Wisdom’. Completing this journey, the dragon rises up the building chasing a re-interpretation of the illusive pearl, an internal roof top garden adorned with a Chinese Elm tree.

The Museum serves as a hugely significant cultural facility, educating up to a thousand young Victorians every week on the history of Chinese Australians. With exposures directly connecting the museum to over 10% of all Victorian Schools. For K2LD, this has been a journey in itself. An opportunity to be a small part of nurturing the Chinese future within Melbourne and wider Victoria.