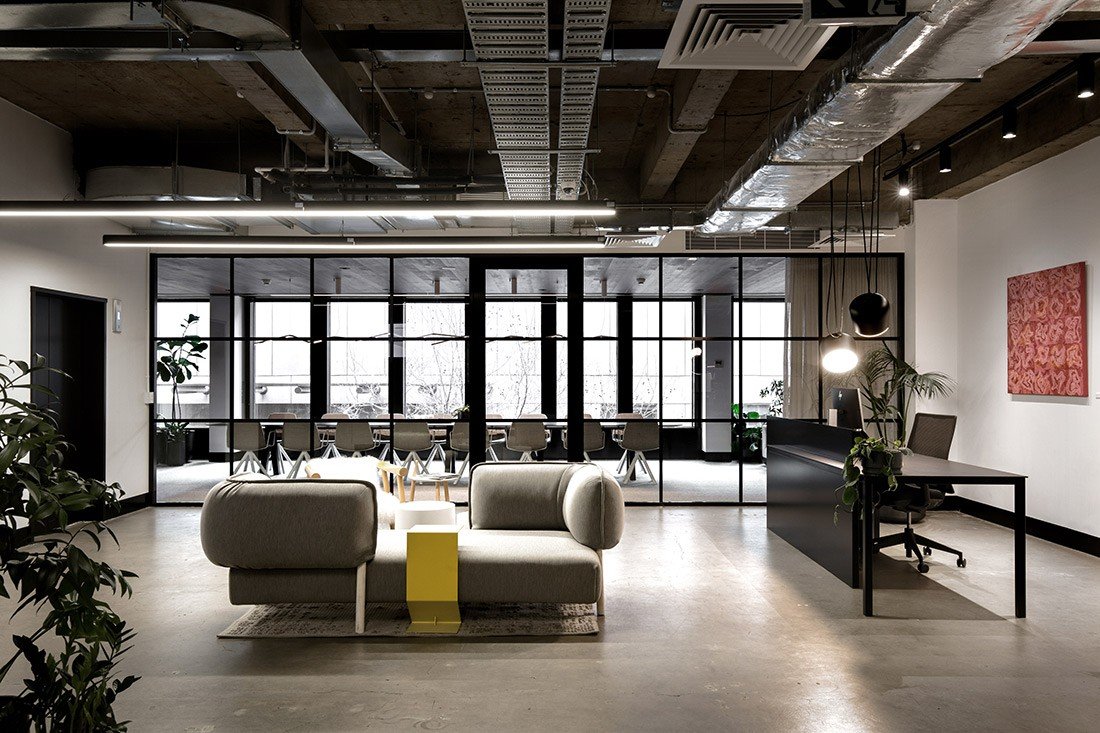 A machine to thrive in: Peek inside K2LD’s new studio

An architect’s own studio is always a project close to the heart. For Melbourne practice K2LD – it was all about creating a space that allows the staff to flourish.

Architecture and interior design practice K2LD’s new office on Melbourne’s Exhibition Street is an elegant reminder of how workplace design can encourage teamwork and cultivate talent. But even more than this, the new studio offers up a valuable lesson on the potent effects of scale. With a team of 55 and growing, K2LD founder and co-director Tisha Lee recognised a pressing need to develop a space for her team that reflected the practice’s promise of ‘creating spaces for people to thrive’. No pressure, then. 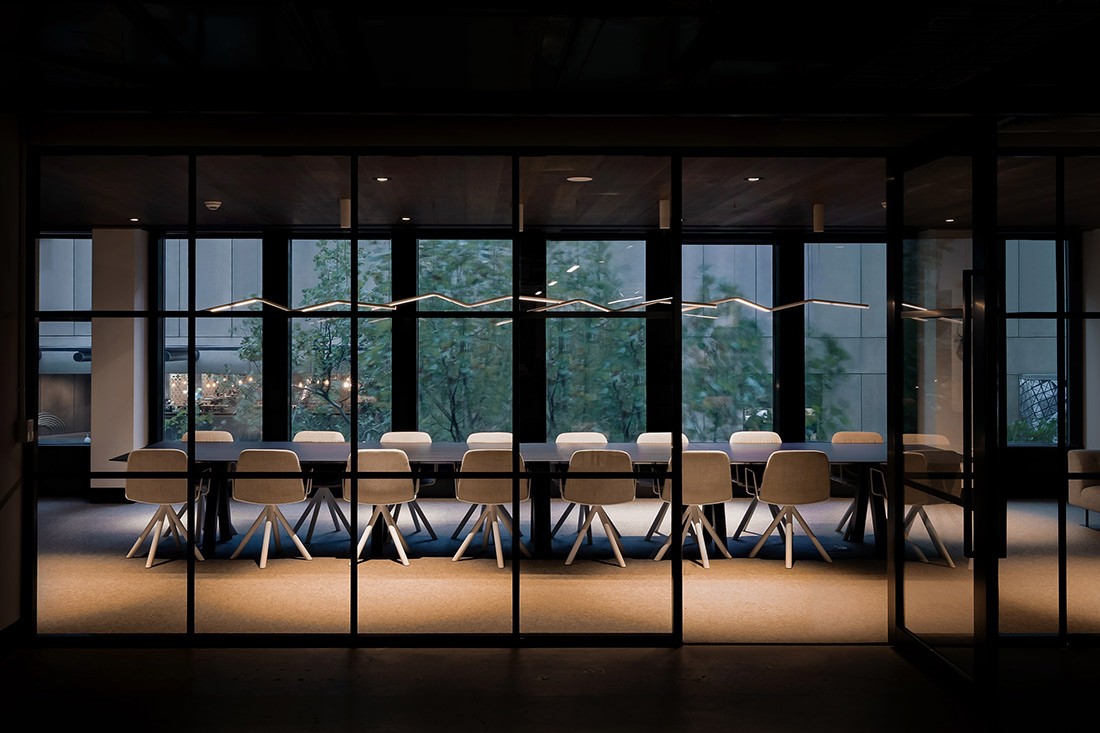 Over three levels, Tisha – together with co-director David Lee and two of the practice’s interior designers, Luke Claringbold and Lauren Chan – have imagined a space that embraces familiarity and collaboration. Not exactly an easy feat considering the cool restraint of the studio’s open plan layout, exposed duct ceiling and raw concrete floor.

But as the space unfolds, these industrial features are balanced by break-out and recreational zones that feel more like a large, modern family home than an office. Inviting slabs of cushioned seating in hues of forest green and pumpkin orange are artfully arranged next to a welcoming communal dining and kitchen area.

“The central kitchen and stunning Lowe-designed dining table brings us back to the idea of the big family dinner…it’s a place for employees and clients to come together. We want our employees to grow and become the best they can be, so we give them the space they need,” says Tisha. 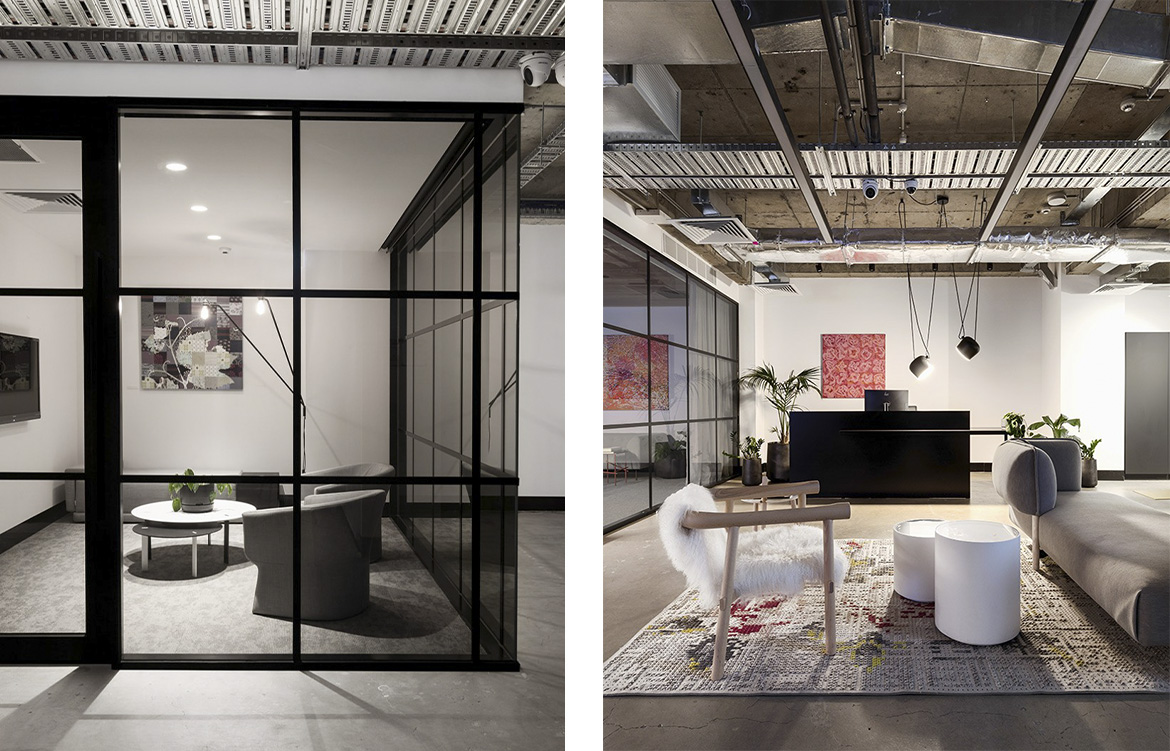 Through clever nods to the comforts of more familiar environments – the composition of padded grey lounge, chunky rug and fuzzy white chair at reception creates a warm tableau – the studio reflects Tisha’s vision of being “a melting pot of creativity, skills and ideas.”

“We want our employees to grow and become the best they can be, so we give them the space they need.” – Tisha Lee, founder and co-director, K2LD

This is particularly effective in the studio’s boardroom. Plush carpets, sheer linen drapes, a timber ceiling and boomerang lights are a welcome antidote to the stress and pressure associated with such a space. It’s an expression of how thoughtful workplace design takes into account the needs – both conscious and subconscious – of its inhabitants.

“As designers, we have the ability to greatly influence how a person experiences and moves through a space…we deliberately set the tone of the boardroom to debunk the traditional corporate ambience,” explains Tisha.

The balance of space and scale is explored further in the studio’s internal rooms, defined by their glass walls and strong, black framework. A neutral palette is broken only by splashes of greenery, creating a backdrop that feels destined to evolve with the times. These design elements, says Tisha, are a nod to the work of Le Corbusier; both rational and unrestrained in what they could become in the future.

“We deliberately set the tone of the boardroom to debunk the traditional corporate ambience.” – Tisha Lee, founder and co-director, K2LD

Naturally, the offices of architecture and interior design practices hum with a heightened resonance. Think of a fashion designer’s personal sartorial choices and the stakes become clear: this is a chance to cultivate and express a vision of evolving – but assured – style.

For K2LD, a practice built on the premise of close client collaboration, the design and fit-out of its new studio expresses just that. A space that marries form with function, encouraging the pursuit of large-format ideas in informal settings. If the house is the machine to live in, as Le Corbusier famously stated, then K2LD’s new office is the machine to thrive in. 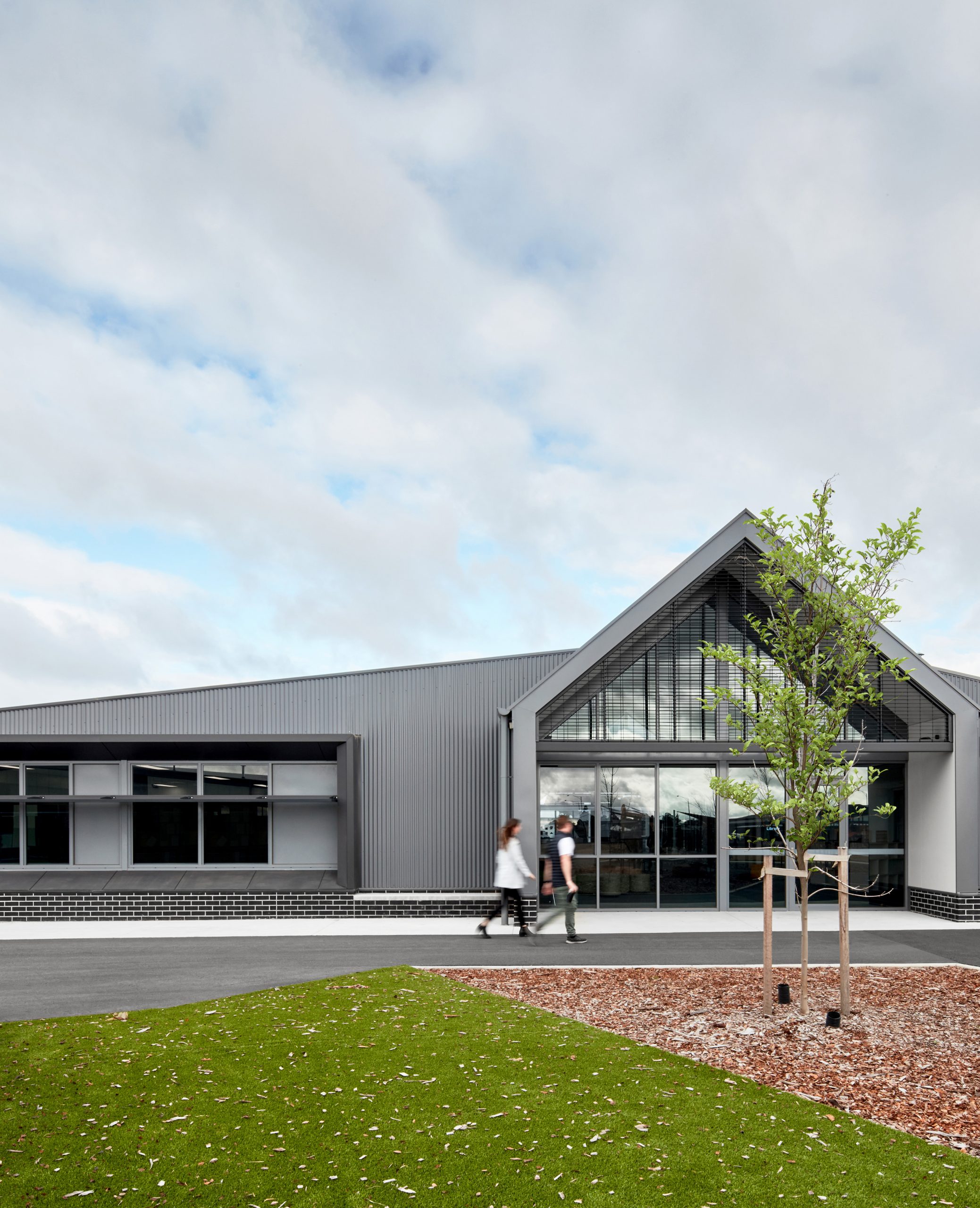